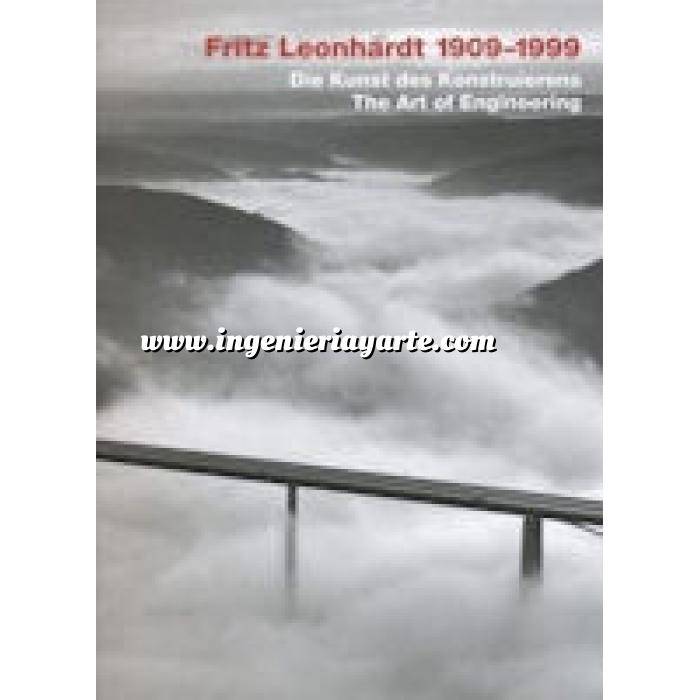 Fritz Leonhardt would have been 100 years old in 2009. The SÃ¼dwestdeutsches Archiv fÃ¼r Architektur und Ingenieurbau (saai) at the University of Karlsruhe is presenting the first full retrospective of this famous structural engineer's work

Fritz Leonhardt would have been 100 years old in 2009. The Südwestdeutsches Archiv für Architektur und Ingenieurbau (saai) at the University of Karlsruhe is presenting the first full retrospective of this famous structural engineer's work, which holds his exten-sive estate. Leonhardt studied at the Technische Hochschule in Stuttgart and then travelled in the USA. He made his professional début with the German autobahn, for which he designed the Rodenkirchen suspension bridge in 1938-41. Leonhardt supported Herrmann Giesler's plans for the "capital of the movement" with a domed structure for the new main station in Munich, a project that was never realised. In the post-war period he worked mainly on reinforced and pre-stressed concrete structures. He combined pioneering structural innovations with a high standard of creative design. The television tower in Stuttgart, which he designed in 1953/54, is a good example of this. It has had countless successors all over the world. Leonhardt made important technical innovations in bridge-building in particular. He and his colleagues worked on the Düsseldorf family of bridges from the 1950s to the 1970s, diagonal cable bridges with an aesthetic shaping the urban landscape, and the Leonhardt, Andr und Partner practice founded by him created wide-span bridges all over the world based on these models. Leonhardt was involved as a structural engineer on the first post-war high-rise buildings in Germany. He worked with the architects concerned on the cable-net structures for the German Pavilion at the 1967 Montreal World's Fair, and for the roofs of the 1972 Munich Olympics buildings. The interplay between science and practice was crucial to Leonhardt. With texts by Hans-Peter Andr, Wolfgang Eilzer, Holger Svens-son and Thomas Wickbold, Ursula Baus, Norbert Becker, Dirk Bühler, Hans-Wolf Reinhardt and Christoph Gehlen, Theresia Gürtler Berger, Gerhard Kabierske, Joachim Kleinmanns, Karl-Eugen Kurrer, Alfred Pauser, Eberhard Pelke, J'rg Peter, Klaus Jan Philipp, J'rg Schlaich, Dietrich W. Schmidt, Werner Sobek, Elisabeth Spieker, Christiane Weber and Friedmar Voormann, Fritz Weller, and Fritz Wenzel